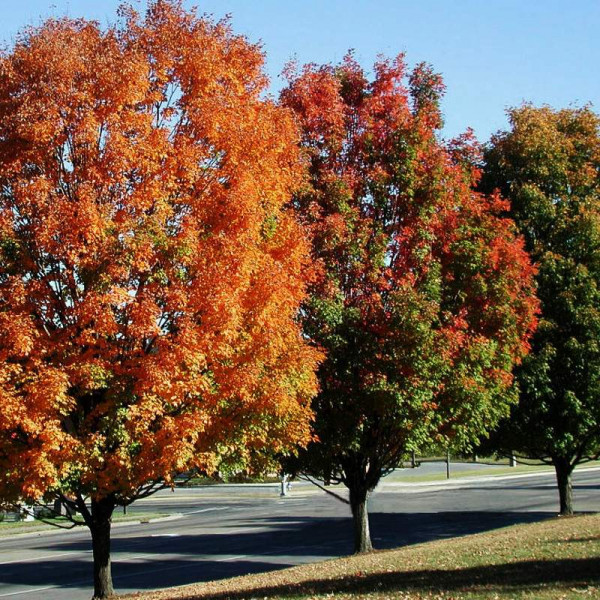 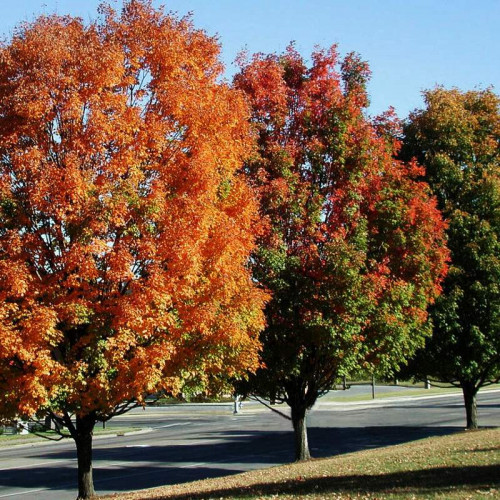 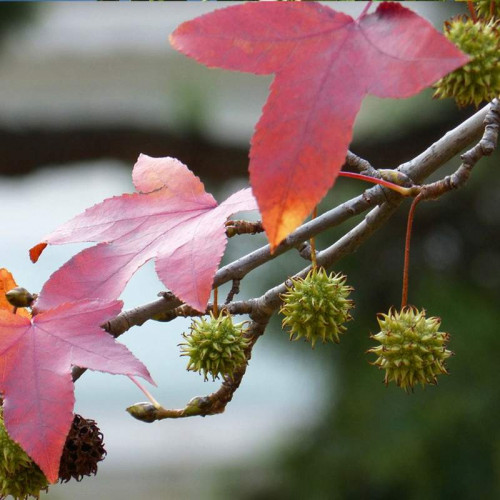 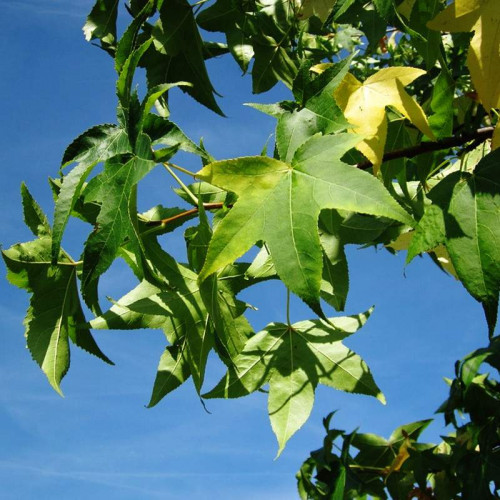 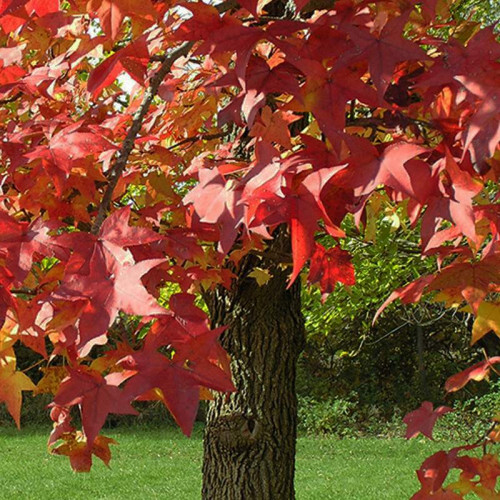 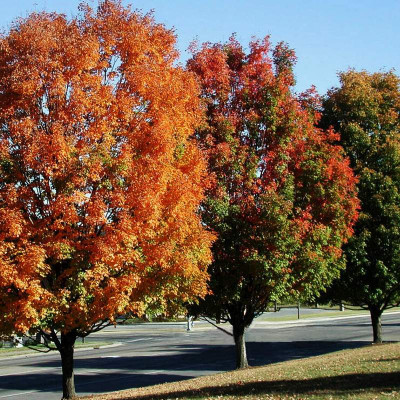 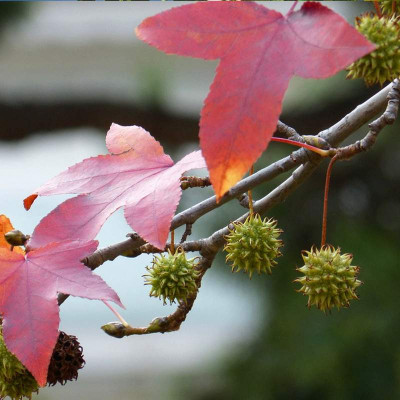 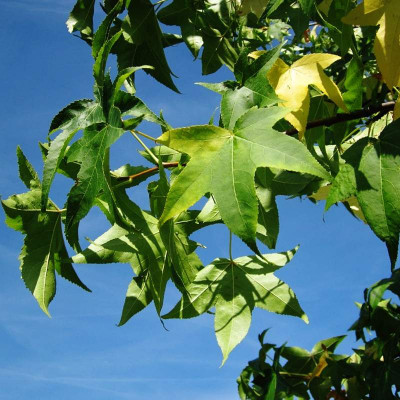 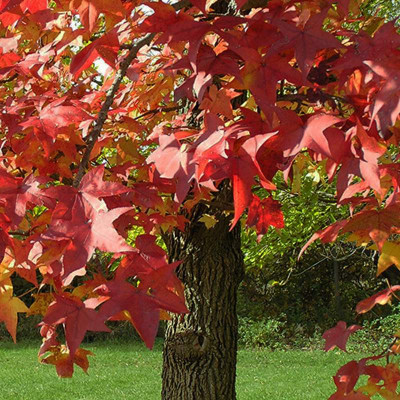 The sweetgum has a Nahuatl name, Ocotzocuahuitl, which translates to tree that gives pine resin from ocotl (pine), tzotl (resin), cuahuitl (tree), which refers to the use of the tree's resin.

The price is configured according to quantity

The tree is a symmetrical shape and crowns into an egg shape when the branches get too heavy after its first two years of cultivation.

Another distinctive feature of the tree is the peculiar appearance of its small branches and twigs. The bark attaches itself to these in plates edgewise instead of laterally, and a piece of the leafless branch with the aid of a little imagination readily takes on a reptilian form; indeed, the tree is sometimes called "alligatorwood".

The bark is a light brown tinged with red and sometimes gray with dark streaks and weighs 37 lbs. per cubic foot. It is deeply fissured with scaly ridges. The branches carry layers of cork. The branchlets are pithy, many-angled, winged, and at first covered with rusty hairs, finally becoming red brown, gray or dark brown.

As an ornamental tree, the species has a drawback—the branches may have ridges or "wings" that cause more surface area, increasing weight of snow and ice accumulation on the tree. However, the wood is heavy and hard with an interlocking grain, but is difficult to season.

 Be the first to write your review! 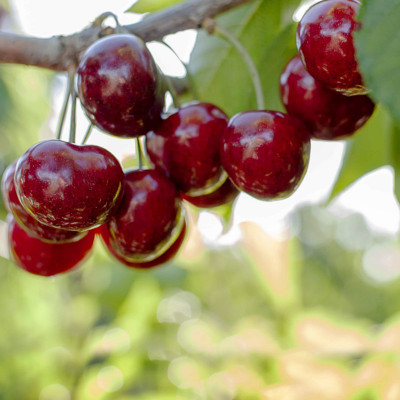 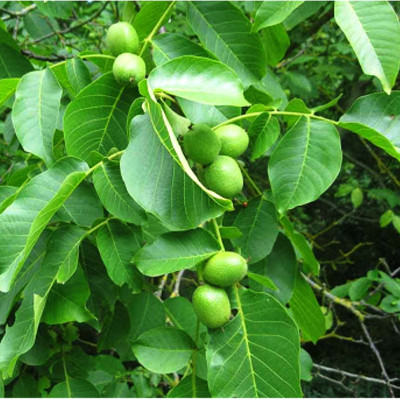 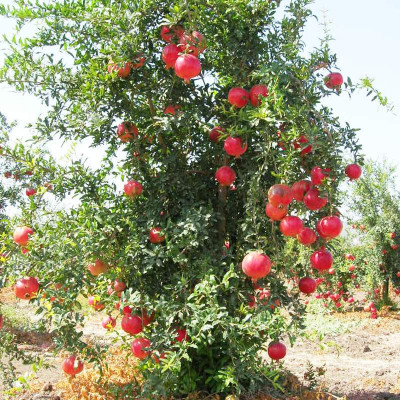 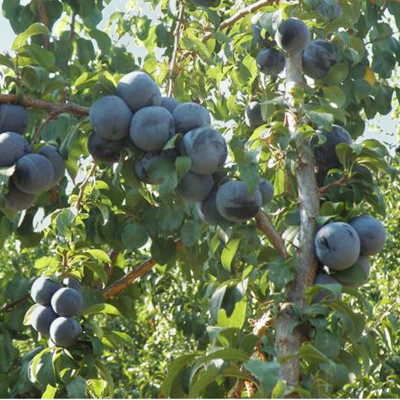 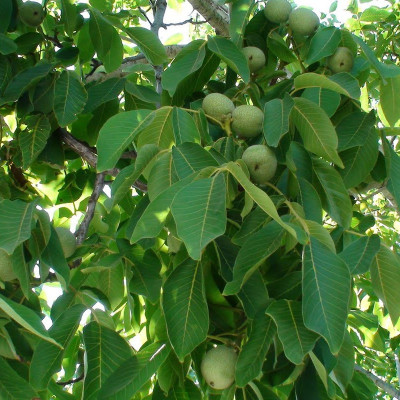 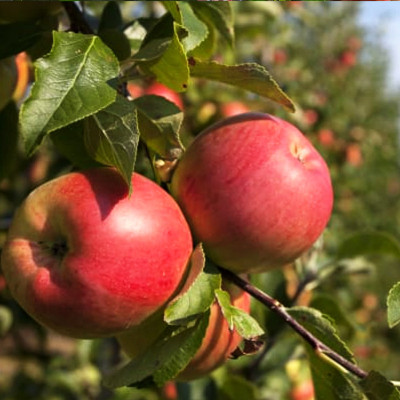 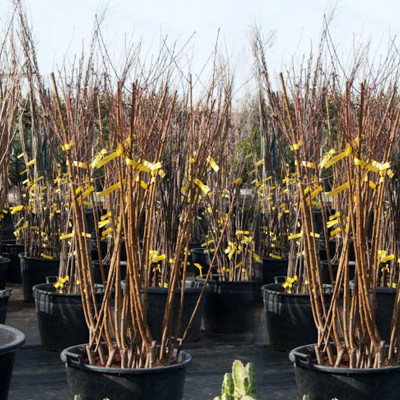 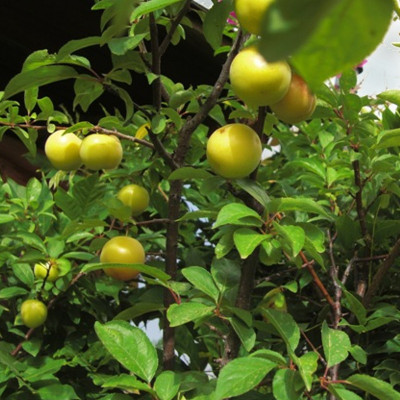 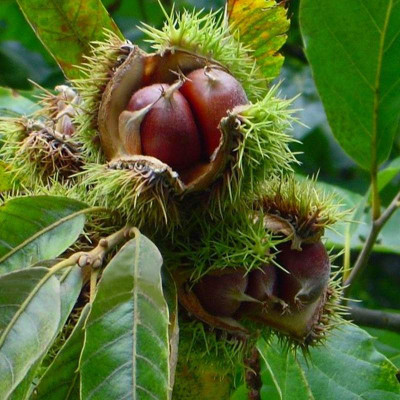 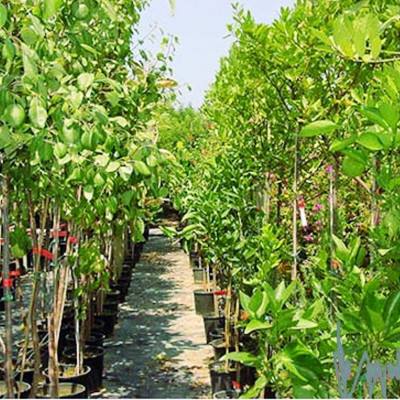 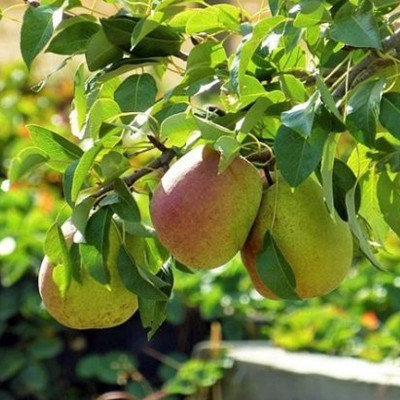